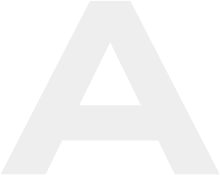 In October 2015 Stage 2 of St Basil’s redevelopment of Croydon Park was completed following the successful completion of stage 1 of the project in November 2013. The completed facility built over two levels comprises 64 beds with ensuites, a full commercial kitchen and laundry, living and dining areas, a hairdresser, and diversional therapy, all with efficient staff, administration and support facilities. Built on a very tight site the first stage of the works involved the demolition of a hall together with the existing kitchen and administration offices. Before this occurred a temporary kitchen and administration area were set up on site so that the Nursing Home together with the meals service emanating from the site could remain fully functional. Stages 1 and 2 were constructed entirely while the facility remained in operation with the combined construction cost over the two contracts being $8.75 million at a cost per bed of $136,720.